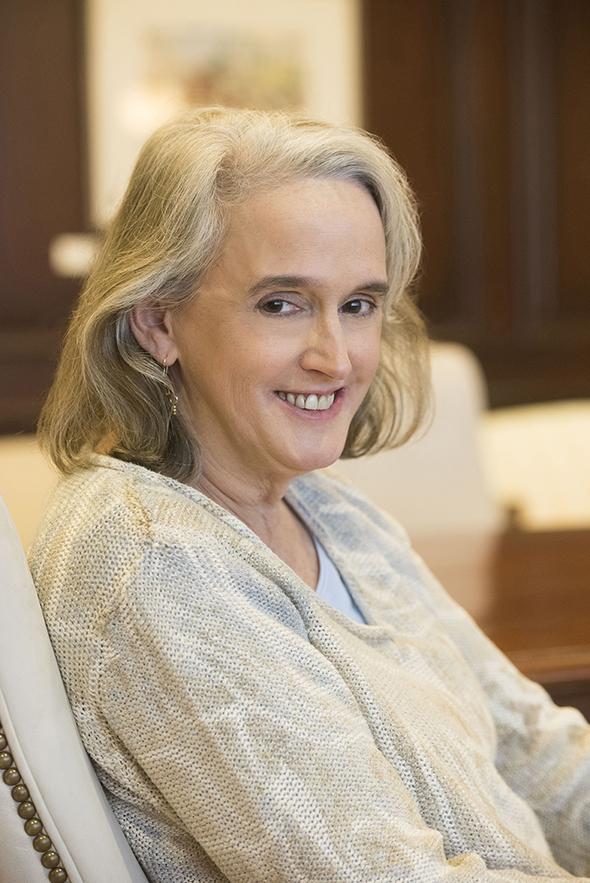 Tracey’s focus as First Lady is to support efforts that, in a foundational way, help give children a chance to succeed. With funding and operational support from Casey Family Programs, she coordinates those efforts under the umbrella of the First Chance Delaware initiative. First Chance has three pillars – ending childhood hunger in Delaware, promoting early literacy and language skills, and advancing effective recognition of, and response to, childhood trauma. Tracey seeks to use the convening and outreach powers of the First Lady’s office to bring organizations together to work collaboratively toward those goals.

“When kids and their families face foundational challenges, each adversity deepens all of the others in a geometric – and often generational – erosion of opportunity,” Tracey has said. “So to be effective—and to be efficient— the efforts to alleviate those challenges must also be interconnected and mutually reinforcing.” Tracey likens the coordinated approach of First Chance to the collaborative Family Services Cabinet Council, revived by Governor Carney when he took office.

Tracey convenes the First Chance Task Force to End Childhood Hunger and the First Chance Trauma Collaborative. She also serves on the Coalition to End Hunger, the Children’s Literacy Alliance of Delaware, and as a partner in Compassionate Connections, a collaborative advancing training in trauma-informed care. She is an honorary Board Member of the Delaware Fund for Women. She is currently the chair of the State’s Library Card Campaign and the Coalition to End Hunger’s 2019 Coming Together conference.

Tracey Quillen Carney, a proud native Delawarean, was born at the Dover Air Force Base, where her father was stationed toward the end of his active duty service. Her grandfather, Robert James Quillen, was a graduate of Dover High School. He and Tracey’s grandmother later moved the family to historic New Castle, where Quillen Brothers Ford became an anchor of the community and where two generations of Quillens were raised.

A month after becoming the First Lady of Delaware, Tracey left her job as a senior administrator at Wilmington Friends, after 15 years at the School. Previously, Tracey had worked for 15 years on the staff of then-Senator Joe Biden—both in the District Office in Wilmington, Delaware, and on the Judiciary Committee staff during Senator Biden’s term as chairman.

Back to 2019 Breakfast Celebration