A Conversation with Prof. Carol Anderson

HomeA Conversation with Prof. Carol Anderson
A- A A+ 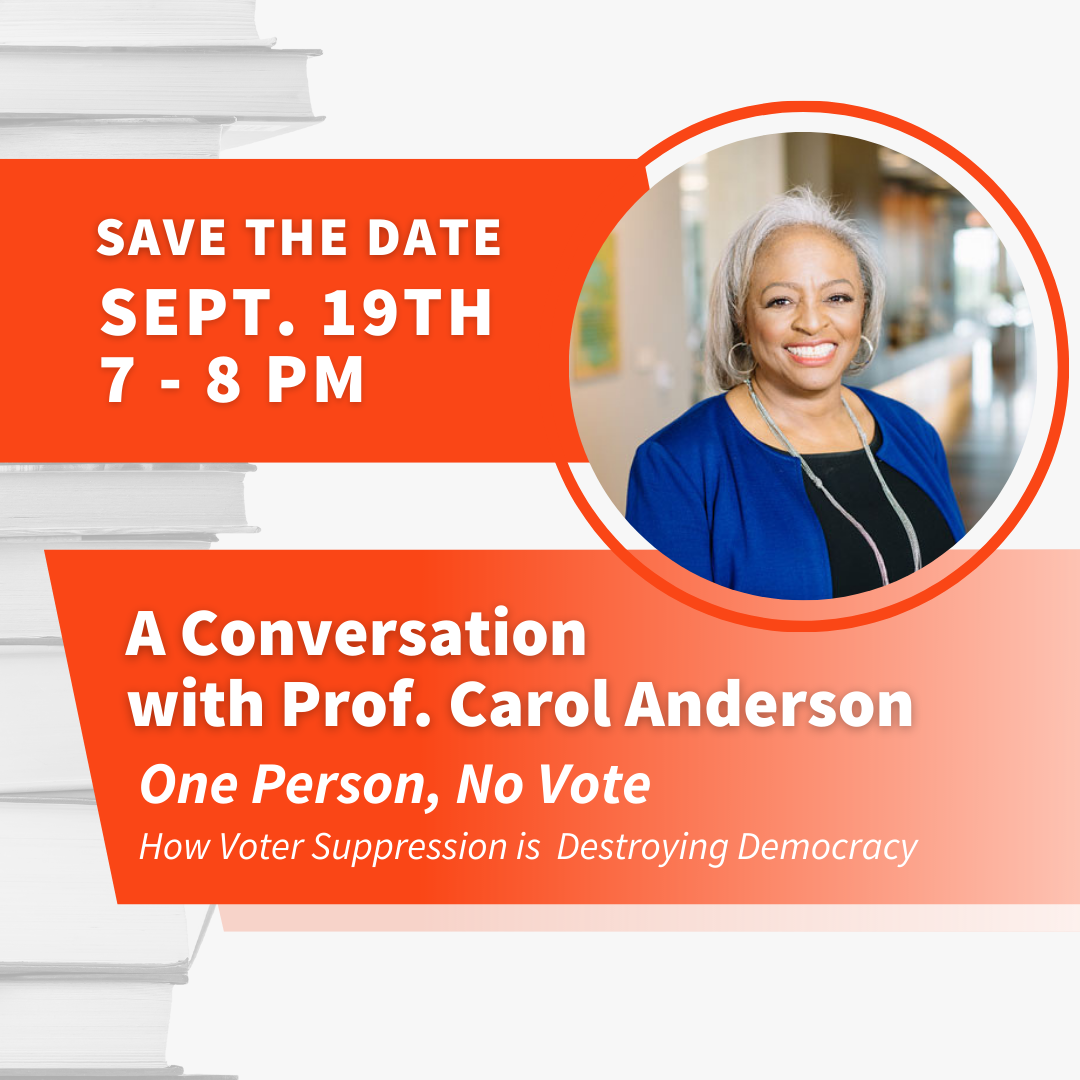 YWCA Delaware and our partners are thrilled to present A Conversation with Professor Carol Anderson on Monday, September 19th from 7 – 8 p.m.

Dr. Carol Anderson is a voting rights scholar and Charles Howard Candler Professor of African American Studies at Emory University. She will be joining us this September to discuss her book “One Person, No Vote,” which chronicles the rollbacks to African American participation in the vote since the 2013 Supreme Court decision that eviscerated the Voting Rights Act of 1965. Known as the Shelby ruling, this decision effectively allowed districts with a demonstrated history of racial discrimination to change voting requirements without approval from the Department of Justice.

The suggested donation to attend this event is $20.22.